Electric vehicles are becoming increasingly popular on roads around the world, and this trend will only continue. In fact, in the first quarter of 2021 alone, more electric vehicles were registered than in all of 2017.

Traditional combustion engine vehicles are highly polluting and contribute significantly to the effects of global warming felt around the world. In fact, the typical passenger vehicle emits 4.6 metric tons of carbon dioxide each year, highlighting a clear area of ​​improvement in this aspect of our lives.

Using hydrogen as a fuel has become a popular alternative to traditional energy sources, and it is likely to play a crucial role in sustainable fuels in the future. But what do you need to know about this innovative solution and how is it positioned in the electric vehicle industry?

What are the environmental impacts?

FCEV cynics will point out that extracting and processing hydrogen for use as fuel is generally quite inefficient. This is especially true when you compare it to traditional electric vehicles, where power is supplied to a battery from the mains.

But the lithium used in these packs can also have harmful effects on the environment, especially during the extraction process. This means that, however you look at it, the carbon footprint of electric vehicles can never be zero, due to the environmental costs of manufacturing and production.

Additionally, many companies are now making green hydrogen which is made through the process of using renewable energy to generate the electricity needed to make hydrogen through electrolysis. This type of hydrogen gas is now clean, making the FCEV a true green hydrogen car.

What future for hydrogen cars?

With this in mind, FCEVs are not expected to take over the electric car industry, but rather it is hoped that they will sit alongside standard electric cars on the market. The success of hydrogen fuel in industry will largely depend on whether scientists can find more efficient ways to extract and transport the gas, to make it more readily available. It is estimated that hydrogen cars emit 120g/km of CO2 throughout its lifetime, which is comparable to the carbon footprint of standard electric vehicles.

But this figure can drop even further if the hydrogen is produced from renewable sources. Currently, the vast majority of hydrogen used for power generation comes from fossil fuels. However, there are many different ways to make hydrogen production processes cleaner, through the use of renewable sources such as solar, biomass and wind power. More efficient use of these resources will be key to the future of hydrogen in industry.

What are the advantages and disadvantages of driving a hydrogen car?

As a consumer, you will want to know about the positive and negative impacts that riding an FCEV could have on the environment. The main advantage associated with these vehicles is that they emit no greenhouse gases while driving – there are no vehicle emissions apart from water vapour. There is also great potential for hydrogen to become a highly accessible fuel source, given that there are many ways to generate it.

In the future, if hydrogen cars are to be used more widely, the current drawbacks of driving them will need to be addressed. For example, the technology used in FCEVs is very expensive and the hydrogen must be stored at extremely high pressures. Additionally, there are currently very few places to refuel and more money will need to be invested in accessible infrastructure to help make this state-of-the-art solution more viable. 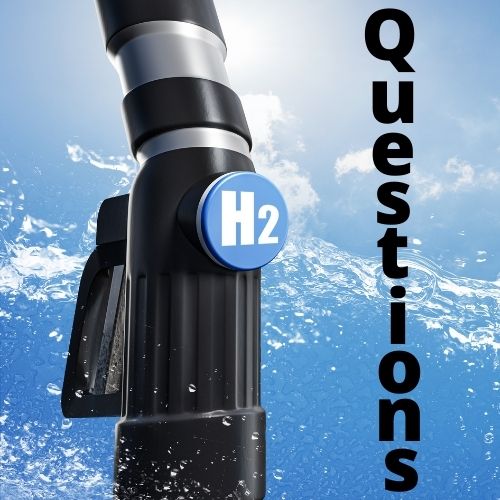 H2 key questions – Can combustion engines run on hydrogen? Take a closer look! How viable and efficient are hydrogen combustion engines? With the promise of H2 as a zero-emission primary fuel, opportunities exist in many technologies. Fuel cells may be the best known right now, but we’re only at the start of the game. Experts are also studying the opportunities of H2 combustion engines. This includes big names as we have seen recently Toyota News securities! Join HFN as we take a closer look at how companies are already converting tractor-trailers to clean H2s. Don’t miss our learning center and our free e-book resources for more information. Subscribe below to make sure you don’t miss any of the latest H2 news.