Shipments of tablets worldwide were down 10% in the third quarter compared to the same period a year ago, according to a study by Strategy Analytics. However, the crisis is not due to a lack of demand, but is attributed to the global shortage of chips as well as other supply chain constraints due to the pandemic.

That said, Apple and Lenovo managed to beat the odds and became the only two companies to have increased their market share. The rest are facing massive negative double-digit growth rates. The hardest hit was Huawei which saw a massive 64% drop in growth, followed by Amazon and Samsung which saw negative growth of 26% and 21% in the third quarter respectively. 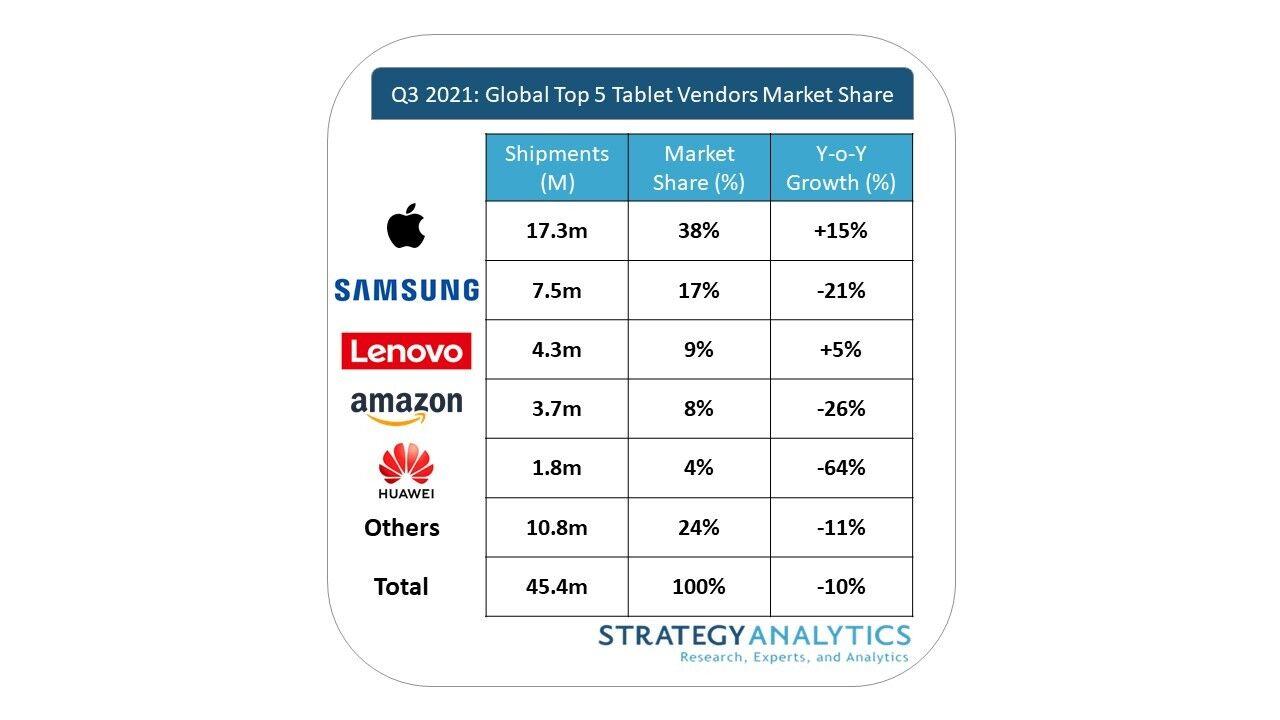 Lenovo shipped 4.3 million tablets, 5% more than last year in the third quarter. This also made for a 9 percent market share. Amazon and Huawei shipped 3.7 and 1.8 million tablets during the same period, which represents 8% and 4% of market share, respectively.

The Windows tablet is doing too well with companies like Lenovo, Dell, and HP all selling removable hybrid tablets in droves. This shouldn’t come as a surprise as demand for productivity-focused tablets has rebounded strongly as people searched for devices to work or study from home during the pandemic. Demand for tablets, however, remains stronger than it was during the pre-pandemic period despite the immediate drop in shipping figures.

With a keen interest in technology, I make a point of keeping up to date with the latest developments in the world of tech and gadgets. This includes smartphones or tablets, but even extends to AI and self-driving cars, the latter being my latest fad. Besides writing, I like to watch videos, read, listen to music or experiment with different recipes. Cinema is another aspect that interests me a lot and maybe I will make a film in the future.